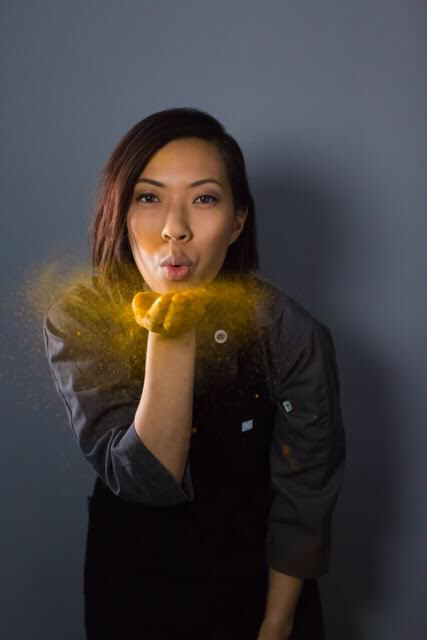 Growing up as a Chinese-American in Los Angeles, Tiffany had special exposure to the culinary world at a young age- from slurping pho at Golden Deli to spending holidays at L’Orange in Beverly Hills. Some of Tiffany’s earliest childhood memories revolve around making dumplings with her PoPo 婆婆 for Chinese New Year and sneaking in spoonfuls of sweetened condensed milk while 婆婆 wasn’t looking. An assignment for business school (making a business development plan for a cupcake company) set the stage for turning a childhood hobby into a career as a food stylist and recipe developer.

Tiffany has spent over a decade honing her culinary skills in New American, French, Japanese, Vietnamese, and Chinese cuisines, while training under culinary giants like Chad White and David Chang. Beyond the kitchen, Tiffany is fueled by her passion for food equality, believing access to nutritious food is a human right. She spends her time away from the kitchen either surfing, rock climbing, or triathlon training. Whether you're local to Los Angeles or based elsewhere, Tiffany is committed to innovation, integrity and adaptability, and looks forward to bringing something new to your table.